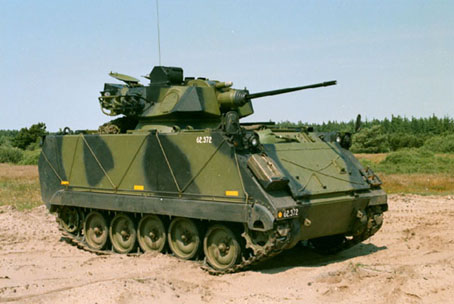 Build 1989 - 1993 by E. Falck Schmidt in Odense, and implemented 1992, the M113A2 is armed with a 25 mm Oerlikon-Contraves machine-cannon ranging up to 1.500 m and a German 7.62 mm machine-gun mounted co-axially. The 25 mm Oerlikon-gun has a firing-rate of approx. 600 rounds a minute. The guns are mounted in an Italian Oto Melara turret. The M113A2 does also have a thermal sight produced by Zeiss. It is used in armoured infantry companies - each company having 2 M113A2s. 50 units were ordered.
Main differences between A1 and A2 is a more powerful turbo-charged engine (Detroit Diesel, 6V53T developing 265 hp at 2.800 rpm), improved suspension and improved cooling- and heating-system.
When implemented at the IFOR/SFOR forces in the former Yugoslavia, 6 M113A2s were retrofitted with "add-on armour". The body is protected with the FMC armoured plates, "spall liner" and "belly armour", the fuel-tanks are filled with "safety foam balls" and the turret with a Danish kit consisting of ceramic and armoured plates developed by E. Falck Schmidt and Roulund in Odense. The M113A2 can resist fire from weapons up to 14.5 mm at at range down to 100 m.
The M113A2 was nick-named "Wildcat" in the first stages of the project, but due to copyright-problems, it was never officially adopted.
The project was worth 357 mil. DKr (1987).
With the Defence Agreement 2005 - 2009 made in 2004, it was decided that the M113A2 no longer would be a part of the inventory of the Danish Army. A few have been rebuild as fire fighting vehicles to supersede the ageing M113A1 fire fighting vehicles. 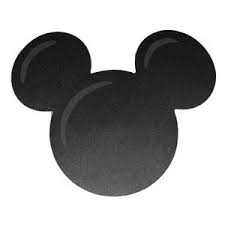 Dansk Panser wrote:
Development
In defense agreement in 1987, it was decided to acquire a fire support vehicle for the armored infantry. PNMK M / 92 rolled out to the combat troops in 1992 as a defense against other attacking vehicles and to counter the growing threat from helicopters.

The vehicles came from the United States and assembly work was carried out by E. Falck Schmidt A / S, as in several of the different tank projects.

Description
It was decided that the new vehicles would be built on the new M113 vehicles which were purchased from the US. The 25 pieces. M113A2 were delivered in 1992. They were then delivered to E. Falck Schmidt A / S standing for the actual collection of the various components.

As armament on the new system, chose a 25mm cannon. It was a Oerlikon Contraves 25mm KBA cannon. It was put in a tower from the Italian company Oto Melera. Here the choice fell on a Oto Melera T25 tower. There was also installed a 7,62mm turret gun (LMG M62/G3).

To support this system, they chose sights from German Zeiss.

It was a very typical project from the HMAK (Army Material Command) in that they thought that they could do better then the many many off the shelf vehicles many with combat experience on top. So they Bought and american vehicle, Italian turret, a Swiss gun , German MG, German Tracks, Danish radios, and the difference in engineering that those country's had made the assembly very difficult and plagued it throughout its service life.

It was used in KFOR/SFOR 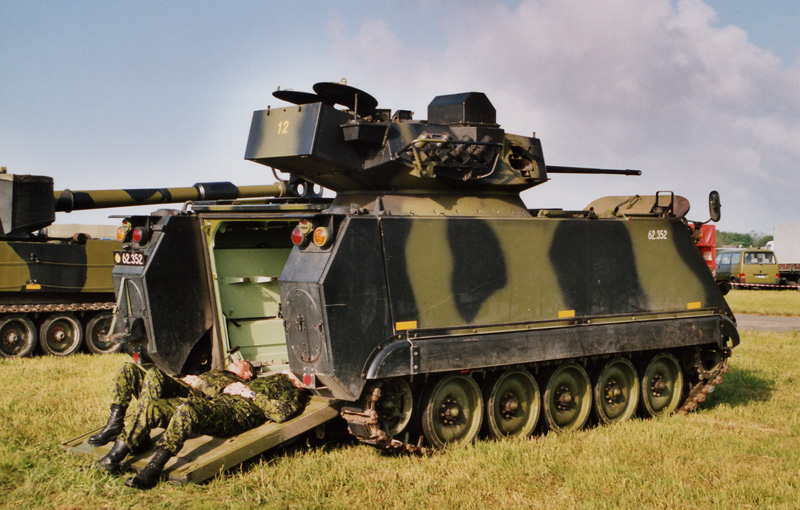 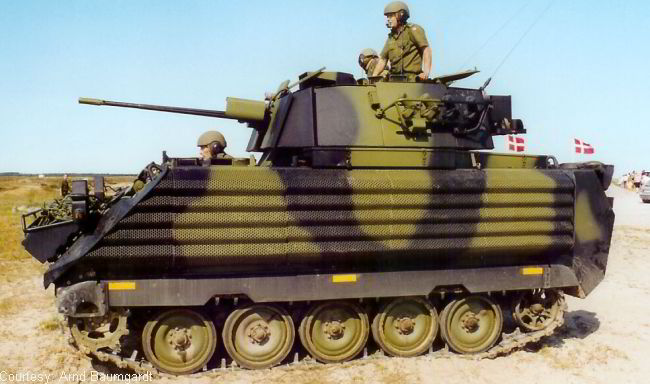 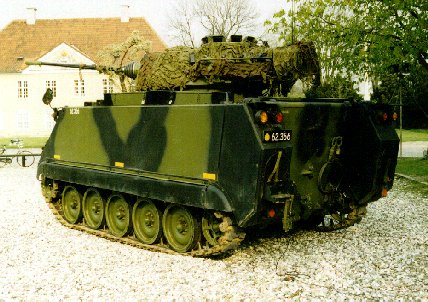 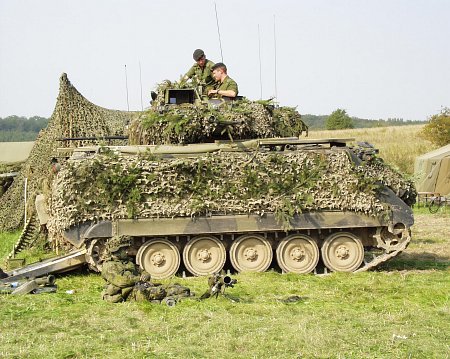 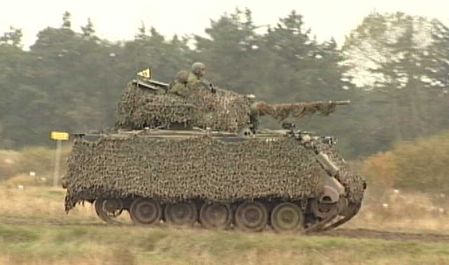 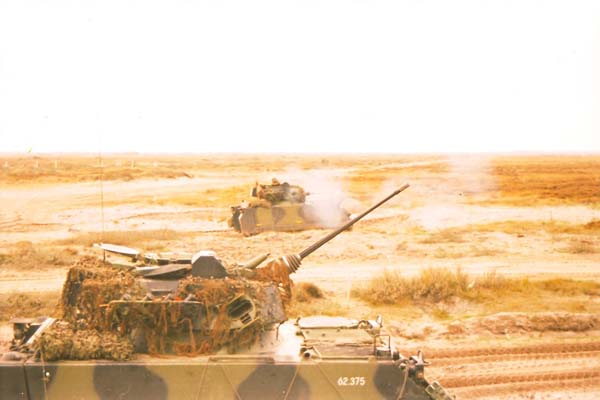 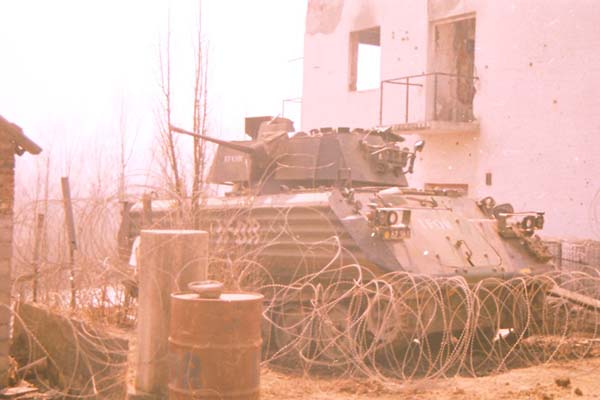 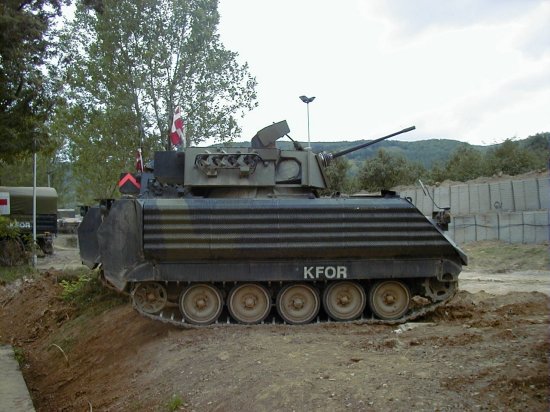 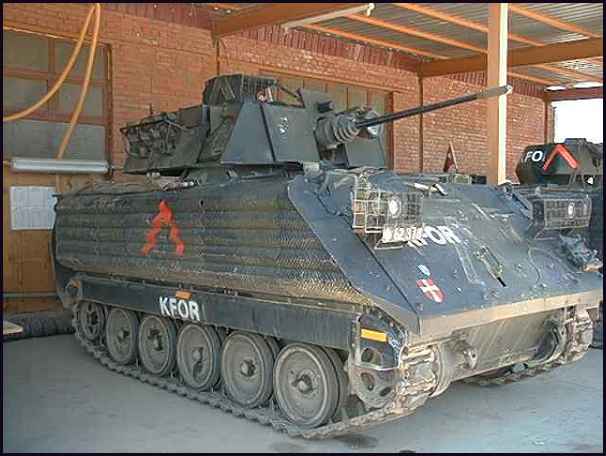