so ready your ammo and calibrate your guns  bounce
CU there 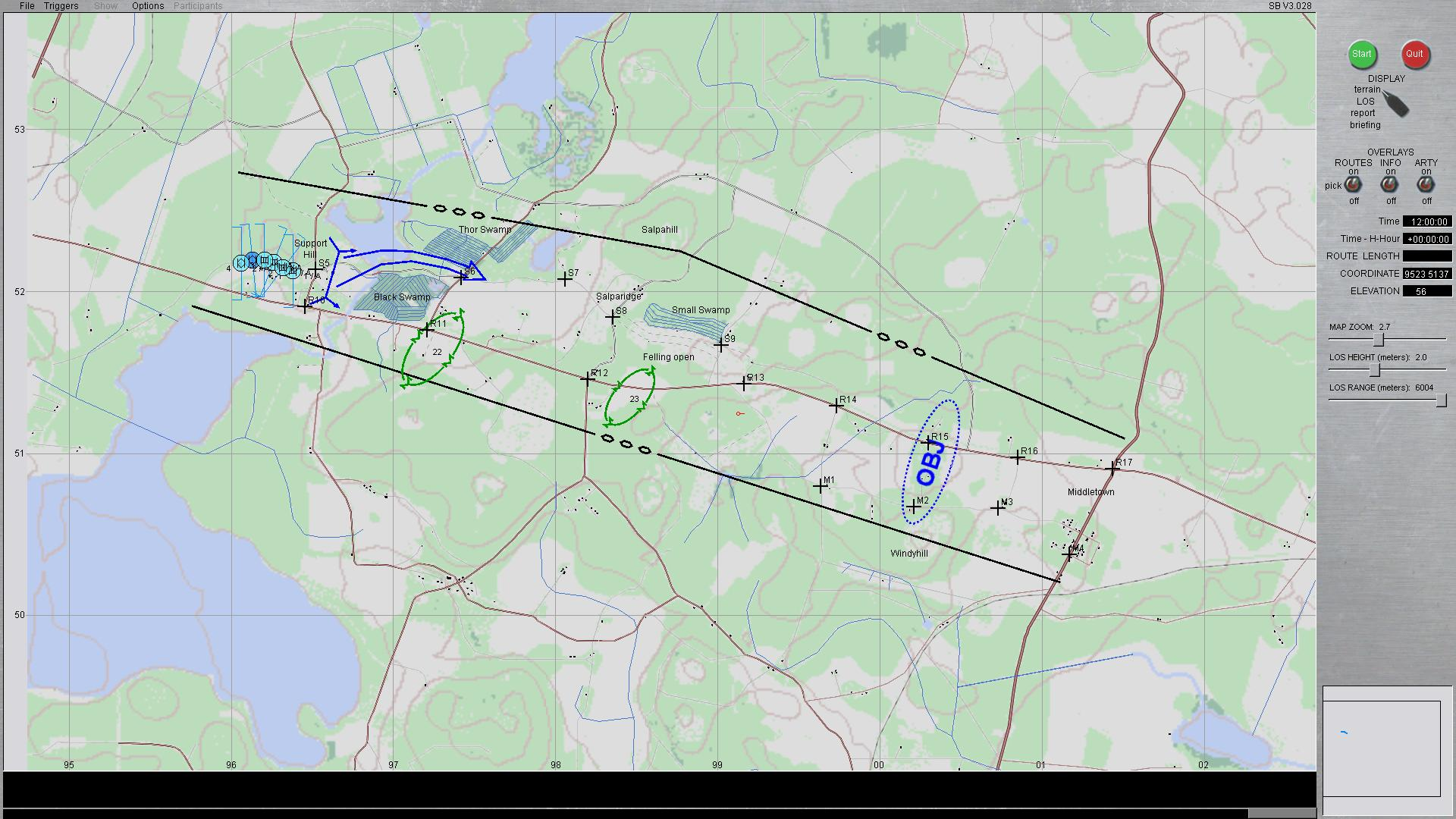 Take defensive positions on the area marked on the map. Do any necessary defense preparations and when ready PUSH TRIGGER 1! Ambush the enemy and fight a short defensive battle from those positions. When the enemy attack has been stopped, start a counter-attack and TAKE AND HOLD THE OBJECTIVE. Mission ends when enemies are destroyed and objective taken, or when your platoon is decimated.

TRAINING:
-PLATOON DEFENSIVE BATTLE
-AMBUSHING AND SIMULTANEOUS OPENING OF FIRE
-PLATOON IN ATTACK ( = FIRE AND MANOUVRE)
-ASSAULT
-USE OF INFANTRY SUPPORT FOR THE TANK PLATOON

Excerpts of the battalion commander's orders for...

1) SITUATION:
a) Enemy:
[Describe the initial situation of "Red". Include Disposition, Strength, capabilities and Course of Action]

b) Own:
[Describe the initial situation of "Blue". Include higher command's intent. Also left,right and forward units' mission, as well as any reserve and support units]

2) MISSION:
[Provide a clear and concise statement of the task to be done (Who, What,When, Where and Why) from the Bn commander's mission]

b) Tasks to Maneuver units:
[Specify tasks other than in para 3a. and the purpose of each task. Each task should be listed in separate sub paragraphs.]